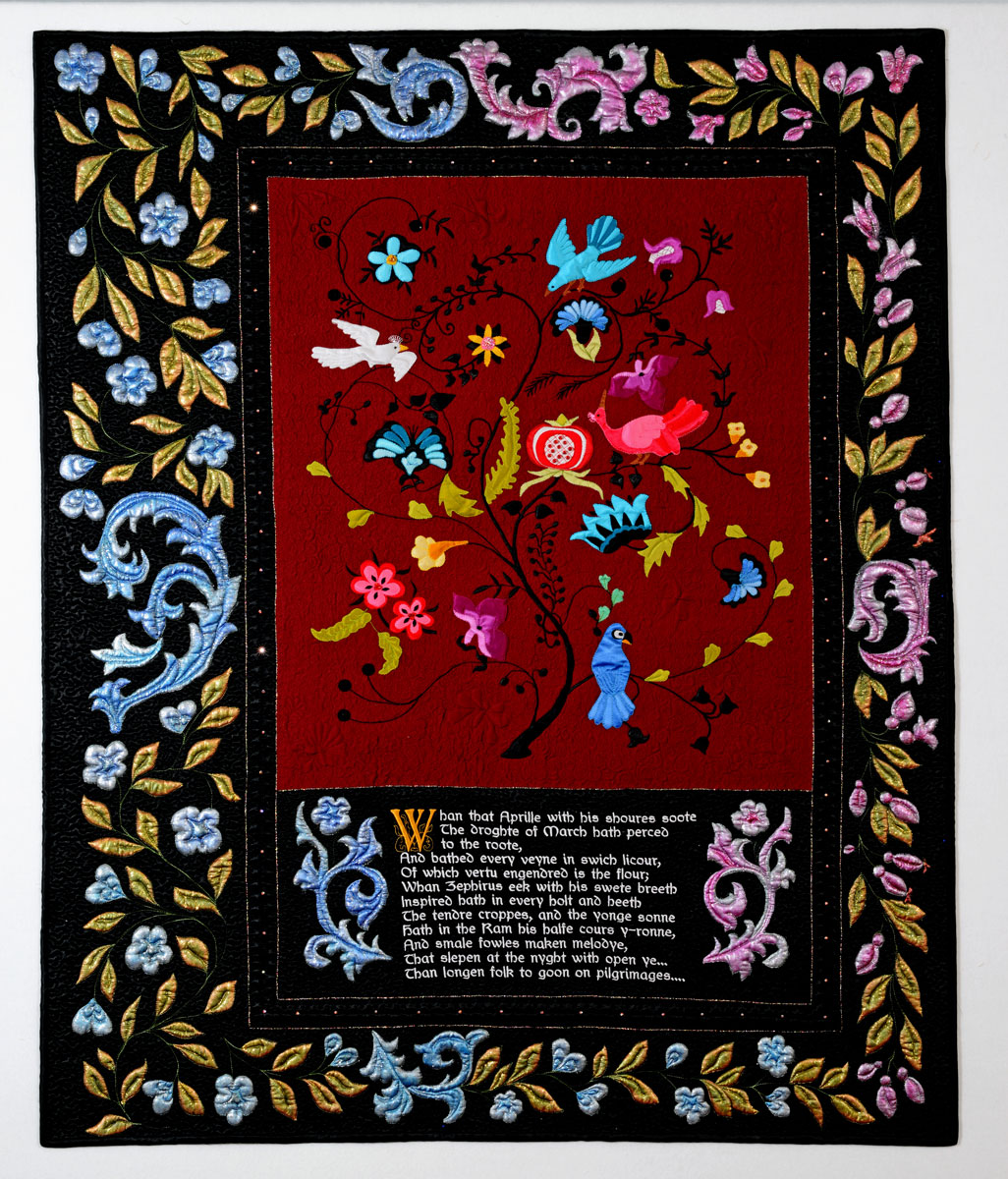 This is the first in my ongoing series of Antique Manuscript inspired quilts. This little silk quilt was inspired by the opening paragraphs of Chaucer's Canterbury Tales from the 11th or 12th century. The border was inspired by an 11th century illuminated manuscript, and was my first venture into quilting and then painting a border. The central theme is my own design inspired by a much later 16th century folk design. It has been shown in a number of shows, including Road to California in 2014 and MQX midwest in 2014, where it won the Surface Design ribbon. I love this little quilt. It hangs in my livingroom. I am planning many more Ancient Manuscript quilts.

There are no comments to display.