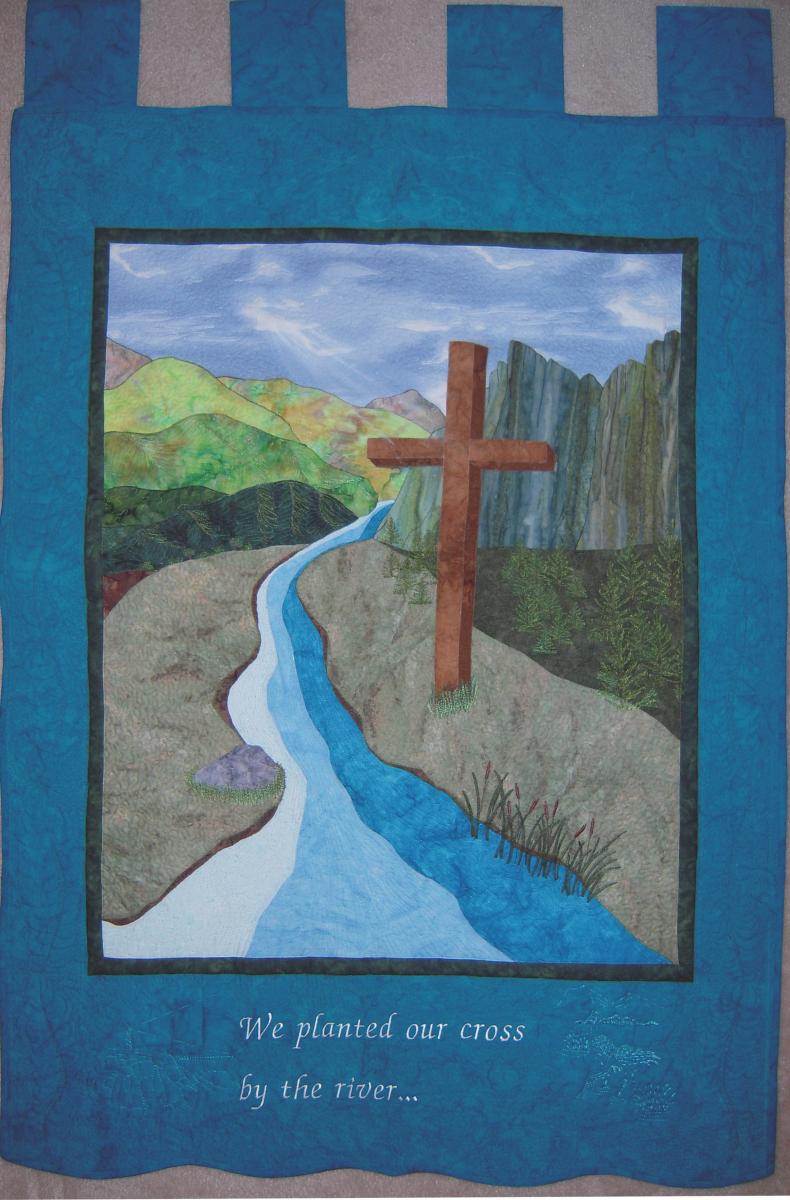 Cross by the River

I made this quilt for my brother-in-law in memory of his dear wife Joan. They built their home by the James River. It originally was going to be for his church, but he decided after he saw the design that he wanted to keep it in her memory for his own wall. I made it to his requested suggestions. The mountains on the left and the river are all pieced in. The mountains on the right are appliqued, as is the cross and rhe rock. The three streamed river, representing the Trinity, is also pieced in, though the bottom of the mountains on the left bank are appliqued. The sunstreams are painted on using a dry brush and Shiva paintstix and heatset.